We haven’t really heard any news about the upcoming No More Heroes: Heroes Paradise game since October 2010, when Konami revealed that the action title would arrive as a PS3-exclusive. All we knew about the release date back then was that it would arrive sometime this year.

Although we still can’t give you a specific date, we can bring you an update on the game’s release. As Ben Gilbert at joystiq.com reports, No More Heroes: Heroes Paradise recently appeared on the US PS Blog, with a tentative release window of fall 2011. 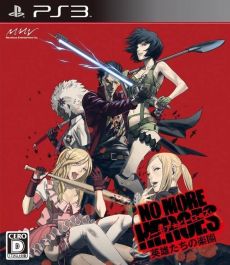 Why is the enhanced port of the 2007 Nintendo Wii game taking so long to be released you might be asking? It may have something to do with the fact that it will feature much nicer graphics, PlayStation Move support and a handful of No More Heroes 2 content being added.

There have been quite a few screenshots for No More Heroes: Heroes Paradise released already, with the latest being revealed just recently. You can view both the recent and older screenshots over on the gamershell.com website.

Are you looking forward to the No More Heroes: Heroes Paradise game or will you be giving it a miss?