If you have been waiting for the successor to the Mehari, then we can tell you that Citroen is to bring out an all-new model, and it’s not just the exterior that has changed, as this will also be released as an Electric SUV.

However, try not to get too excited because there is an issue in regards to the 2016 Citroen e-Mehari release, as the French carmaker has said this model is not going to be released in the UK. While CitroÃ«n says they currently have no plans, maybe they could change their mind if the new version proves popular in France?

The release date for the new Citroen e-Mehari is spring 2016, and as you can see from the images is a four-seat convertible that is described as, “stylish, confident, off-beat and even sassy.” 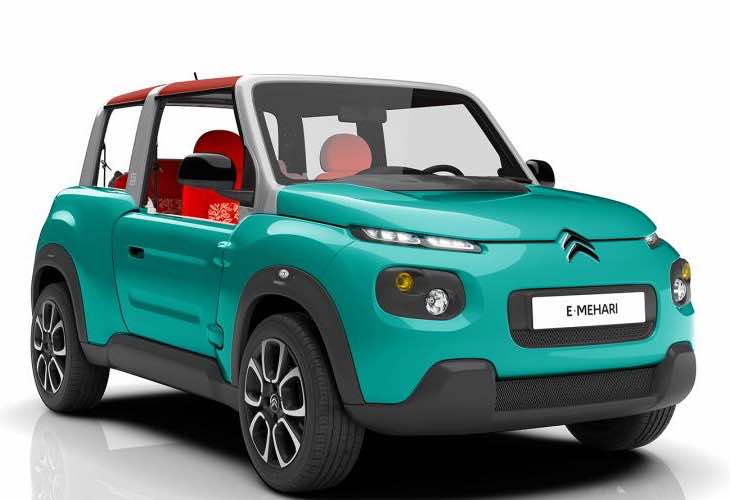 While we await the full 2016 Citroen e-Mehari specs, we can tell you that it will take 8 hours to charge through a charging station, or 13 hours if you use a domestic electricity supply. A full charge will give you up to 124 miles based on driving in the city and a top speed of 68 miles per hour.

Because this vehicle is convertible and fun, this does make it perfect for driving around in the South of France. As for its price, Citroen has yet to announce those details.