With deliveries of the Nissan Leaf to start in December, it comes as a surprise that the third largest Japanese automaker has announced three new successors to their EV range. They will be launched over the next four years, with one of being called the Infiniti.

According to DailyTech, this model will be smaller than the Leaf; so will be even more suited to city driving. The other two are a commercial van, and an urban car; no more details on these models have been given. This does show that Nissan is committed to its Electric Vehicles project. 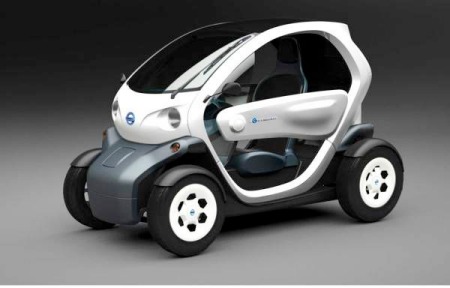 The most interesting model has to be the Infiniti, you can see by the image above that it looks more like a futuristic golf buggy. From what we can see, the EV will have just one seat; so will be more like a quad with a roof. This is one EV that I would love to have a go in.

The EV market is expected to grow at a faster rate in Asia and Europe than in the U.S., but this comes as no surprise. However, you have to admire how drivers in the U.S have now started to adopt smaller vehicles and started slowly moving away from huge gas guzzling vehicles.