We recently told you about the Mitsubishi ‘I’ under cutting the price of the Nissan Leaf in the US. But a more pressing issue has surfaced, as the Nissan Leaf has been experiencing restarting problems but a fix is promised by Nissan.

Jonathan Welsh of The Wall Street Journal is reporting that Nissan plan to start a service action involving 5,300 Nissan Leaf’s. The vehicles are located in the US, European and Japanese markets and require a fix to a possible software flaw which could be causing the problems.

The problem is that owners have been experiencing issues when trying to restart the Leaf after they were switched off. According to Nissan the problem has only been affecting a small amount of owners, and engineers have reprogrammed the cars to correct the problem.

Nissan have chosen to perform a service campaign which is below a full recall because there is no threat to safety. The electric cars will not just shut down when being driven, but may not restart after being shut off. 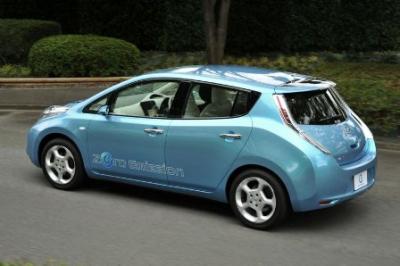 About 500 owners are in the US, and Nissan will send them a message via the on-board telematics systems asking them to contact a Nissan dealer to arrange a visit to correct the problem. Owners will also be contacted through the more usual methods as well.