We recently told you the Nissan Leaf has found itself being undercut by the Mitsubishi ‘I’ when it comes to price. The car has even been hit with some technical problems, but the Nissan Leaf cost satisfies some as it wins 2011 Car of the Year.

The little Nissan was awarded the prize at the New York International Auto Show according to an article at Mashable by Charlie White. It beat off the other finalists the Audi A8 and the BMW 5 series, making the Leaf the first electric car to win the award.

The jurors sang the Leaf’s praises and liked its zero emissions, and that it “feels just like a normal car, only quieter.” They also said the Leaf deserved the win “because of its Carwings system that leverages crowdsourcing to enhance its fuel economy.” 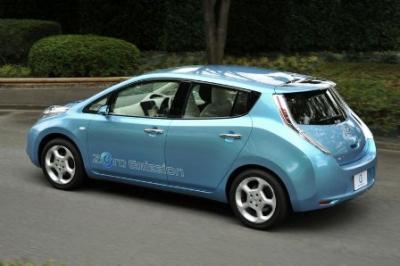 The Chevy Volt despite costing $8,200 more than the Nissan Leaf still managed to win Green Car of the Year award at the same New York show. Whereas the Chevy Volt also drives like a normal car, but when its batteries are spent the gas engine takes over allowing you to drive as many miles as normal vehicles.

What do you think of the Nissan Leaf?

Car of the YearNissan Leaf