Nintendo has just announced at E3, that the Wii successor will now be known as the Nintendo Wii U. We have the important first specs for you now, letting you see what the device can do, and also details on when it will be available.

As previously speculated, the controller for the Wii U will feature a large touchscreen in the center, combined with a camera located at the top. The controller resembles a tablet device but features two analogue sticks, a d-pad with standard Nintendo buttons, a microphone and the start, select and home buttons that you usually see on a Wiimote controller. 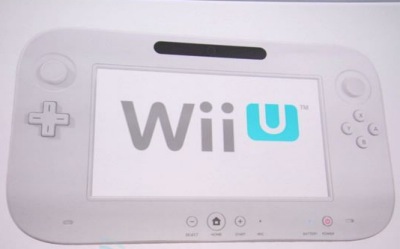 The display screen built into the controller will be a 6.2-inch touchscreen enabled display, which has full support for multitouch features and also motion control like the WiiMotes. The device will also have support for an included accelerometer and gyroscope as well – basically it can do everything. Oh, we forgot to mention that it can also bring up a web browser and make video calls too, we’ll be bringing full details on this aspect when we get it.

So when is the thing out you ask? At somepoint in 2012 according to Nintendo, obviously no specific release date yet, but no timeframe either which is the only downside from the unveil.

We’ll be bringing you full analysis on the Nintendo Wii U very shortly. For now, give us your immediate reaction to the console? Can it take on the Xbox 360 and PS3?