The last we heard about the Nintendo Wii U, Reggie Fils-Aime was showing the device off during an episode of Jimmy Fallon, but now we have a another talking point for you, and it involves a potential price for the system.

Nintendo has previously said that the price of the console will be competitive with the PlayStation 3 and Xbox 360 due to balancing factors, but a recent retailer listing by EB Games suggests that pricing for the Nintendo Wii U may be as premium as it gets.

According to their listing, you can now pre-order the Nintendo Wii U, at a rather expensive price of $598 AUS, as seen by VentureBeat. Although we should never base currency conversions as solid evidence for prices in other regions, $598 translates to $634 US, 440 Euros and £391 just for your reference.

At first glance, you may be thinking that this is price is exaggerated by the retailer, but if you remember back to the original launch price of the Sony PlayStation 3, consumers were looking at prices (60GB model) of £425, $599 and even as high as $999 in Australia all those years ago. With that in mind, that early $598 price isn’t actually too bad in comparison.

Of course, Nintendo has yet to have the final say on the official pricing for the console, and it will definitely be a long while until we find out since the console won’t be launching until deep into 2012. The question that most of you need to ask yourselves though, is do i really want to pay $634 for Nintendo’s ‘next generation‘ console?

The company has come under a bit of criticism after it’s initial unveiling at E3, in relation to the console’s graphics potential and also the fact that Nintendo seemingly misled gamers into believing that PS3 and Xbox 360 gameplay demos were a product of the Nintendo Wii U system. 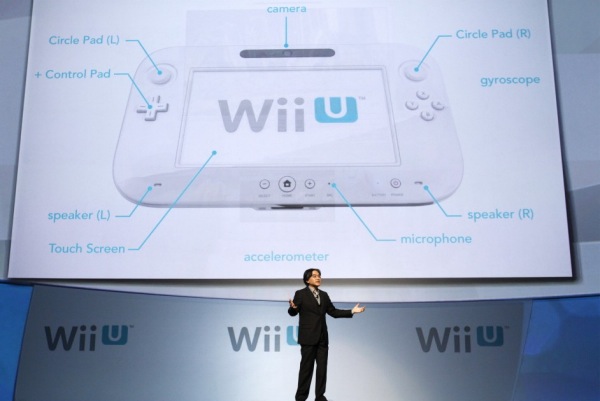 It’s early days yet though, so we definitely shouldn’t jump to conclusions. The prospect of new Mario, Smash Bros, Zelda, Metroid and even big screen Pokemon titles are enough for fans to grab the new console the second it hits shops. Nintendo may not have the biggest hardcore gamer fan base, but when you are solely responsible for creating games which a lot of consumers grew up playing during their childhood, this becomes an advantage that Sony and Microsoft can’t compete with.

For example, if Nintendo were ever to remake Legend of Zelda: A link to the Past in HD at somepoint down the road, imagine how many gamers would drool at the prospect of revisiting one of the finest games in history and arguably the best SNES game period.

EB Games has given us an early indication on the price for the Nintendo Wii U console, so what are your thoughts on it? Would you have a problem paying that much for it in today’s society, or do you feel $600-650 US is around the area that you predicted in the first place. We’ll let you know when we see other retailers dropping bombs with their prices.