If you are planning to pick up the Nintendo Wii U, we have some important news for you. As most of you are aware, Nintendo failed to show the actual Nintendo Wii U console at E3, instead preferring to show off their new touchscreen tablet controller.

However, what looks to be the first solid ‘in the wild’ photos have been captured of the console up close, giving you an idea of what the box actually looks like, and naturally we want to know what you think of the design. Thanks to Inside Games for providing these.

We’ve read a lot of feedback from gamers on various forums and boards, and we have to say that there’s A LOT of you who think the design is terrible, especially for a supposed ‘next-gen’ console. 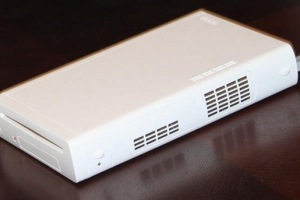 Personally though, I don’t think it looks that bad, and I’m sure there’s a lot of you who think that it actually looks quite decent. As for the images themselves, we get to see the minimal ports on the back of the system, and aside from the addition of an HDMI port, it pretty much retains a lot of stuff contained on the Wii. Interestingly, there is no optical out port for audio, so it looks like gamers will have to get their digital audio fix from HDMI which uses Linear PCM format. 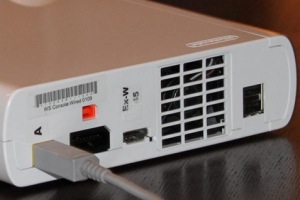 It will be interesting to see the exact contents of the machine once someone gets their hands on one for a complete teardown, because at the moment, the exact capabilities are still considered a mystery. Take a look at the pictures for yourself and let us know what you think of them by voting in our poll below.