It has been confirmed that a three year old girl in Tennessee, US has been killed – following an incident where she mistook a Nintendo Wii ‘gun’ peripheral for an actual gun, fatally wounding herself in the abdomen.

According to AllAboutTheGames, the accident happened on Sunday night, where it was revealed that the girl’s Stepfather left a real gun on the living room table, who was apparently asleep when it happened.

However, the girl’s mother was in the room when it happened and stated that her daughter thought the real gun was a Nintendo Wii controller, and had learned how to pull the trigger after using the Wii peripheral on TV.

No word from Nintendo on this matter yet. An investigation is under way, so let us know your thoughts on this one. A picture is below – Real gun on top, the Wii controller on the bottom. 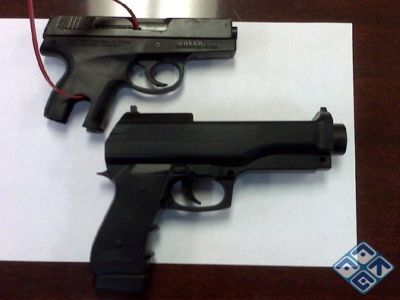