It’s that time of year again when companies start taking advantage of the festive season in order to boost the sales of their products by lowering their prices and offering special deals. Nintendo is one company that likes to find different ways to boost their sales all year round. This year the price of their Wii console has fallen to an all-time low and will now be available for just £89.

As far as we know the offer is only available at Asda, one of the leading supermarkets in the UK, and is part of a ‘Wii Family Edition’ deal that will give customers the newly configured white Wii console plus two games, which are Wii Party and Wii Sports, one controller and a nunchuck. The offer is being advertised in newspapers as of yesterday and comes after MCV, the trading magazine, had reported that retailers would be dropping the console to as little as £79 to boost sales for the season.

The new consoles are almost identical to the first edition versions except rather than sitting vertically, they sit horizontally and they no longer support backwards compatibility with GameCube accessories or software, unlike the original versions. As MCV explains Asda are also offering discounts on several chart games including Just Dance 3, Kinect Sports: Season Two, F1 2011 and Dead Island.

If you do not already own a Nintendo Wii console then now is the time to get one. The deal offers great value for money and the Wii Family Edition will be perfect for finding things to do while surrounded by loved ones in the upcoming holidays, as the games appeal to people of all ages with a range of interests. What do you think of this deal? Will you be getting a Wii Console this Christmas? 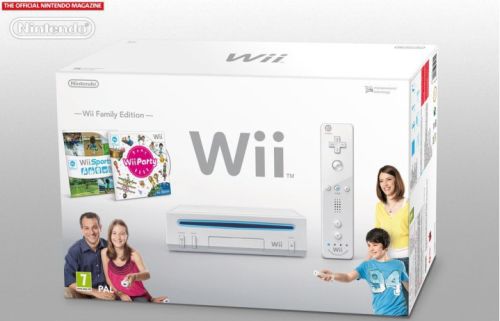