Nintendo has recently been embroiled in a row over offering their best titles like Super Mario on mobile devices, refusing to give in to smart device gamers who want their favorite games on their phones and tablets. These calls came after extremely poor Wii U sales and it looks like this new partnership will bring Nintendo a new revenue stream, ironically using their Super Mario franchise but not in the way consumers wanted.

Whilst there is nothing wrong at all with McDonald’s and Nintendo entering in to these agreement, it appears strange that the Super Mario would be licensed out in this way, when it could have been used in gaming where it belongs. Whether Nintendo has had this plan in the pipeline for a while or has just struck the deal to make a point is unclear. 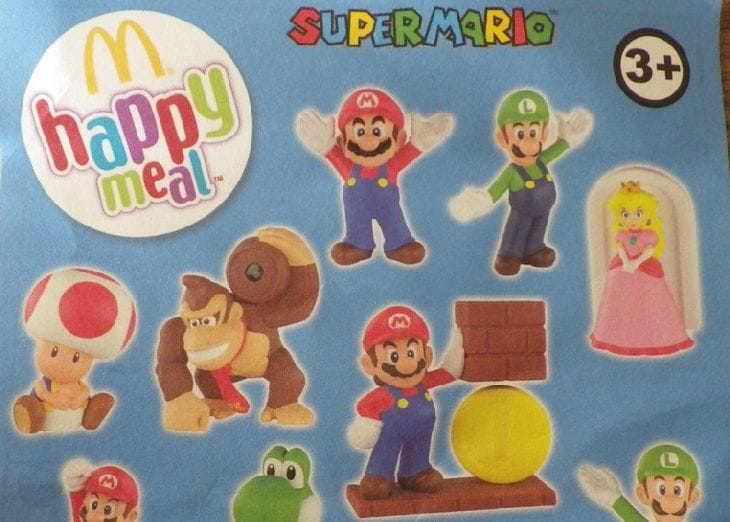 The McDonald’s website in the UK was first to post the announcement, inviting kids to run, jump and power up with Super Mario. We do not actually know what kind of gifts will be given away in the Happy Meals, the best bet is plastic toys or plush dolls; however we could be surprised with DLC codes for Super Mario games on Wii U and Nintendo 3DS.

We may get an official partnership statement from Nintendo soon releasing a few more details, perhaps they should start giving away discount coupons on their Wii U to try and help drum up more business? On a more serious note, Nintendo are launching a mystery mobile service later this year which will help them to connect with consumers. At least this could take the heat away from the company and allow everyone to focus back on their consoles and games.

What are your thoughts on this Super Mario partnership between McDonald’s and Nintendo, is it a lucrative deal or a desperate move?