If you are looking to find Nintendo Switch Neon stock in the UK, you are in luck as we are pleased to report that two of the most popular retail locations are now back in stock of units.

Consumers in the UK have been having difficulty locating stock, especially for the Neon version of the console which many of you seem to prefer over the Grey version.

Now we’re happy to say that both Amazon UK and Argos are now offering stock for the Neon model. 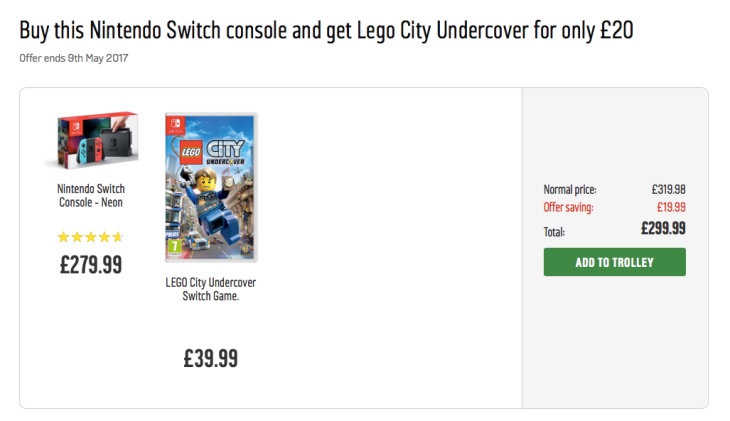 Argos has the best offer available that we have seen comparing the two. For £299.99 you can get the console plus Lego City Undercover which is one of the most popular games to buy right now.

That is a saving of £20 from Argos, but if you just want the console Amazon has it for £279.99 with Prime delivery meaning that you can get it the next day if you order right now.

We are willing to bet that stock will run out sooner rather than later, so if the Nintendo Switch is on your Easter shopping wish list we suggest you act soon!

Have you seen any better deals for the Nintendo Switch in the UK? Let us know below!