Everyone has been patiently waiting for the Nintendo Switch console deals in the UK for Black Friday 2017.

It looks like that patience will be rewarded now as we have spotted that certain retailers have begun to offer some amazing deals on console bundles which give you a game on top of the system.

We have had to wait until the last few days in the build up to Black Friday to see movement across retailers, but now you will be pleased to see that there are some great prices available if you take the time to look around.

We’ve done the hard work for you though and as far as we’re aware, these are currently the best Nintendo Switch console bundle deals in the UK for Black Friday at the following stores. Click the links below to head to the store of your choice.

For those that need the best price on Nintendo Switch console only deals, the best prices that we have seen come from the following:

If you are looking specifically for console plus game combos, Smyths is a great place to shop Nintendo Switch console bundle deals in the UK for Black Friday as they are offering a Neon console with a choice of game for just £309.99.

Smyths are the only retailer to offer this kind of deal and the choice of games are very good as the include new releases such as FIFA 18, Super Mario Odyssey and Legend of Zelda: Breath of the Wild. 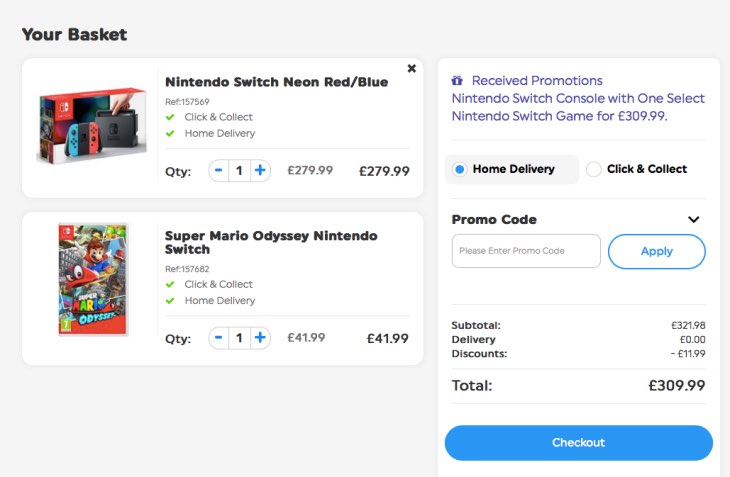 Visit the links above to find some amazing deals and let us know if you have spotted a deal elsewhere that you think we should add above.