We can see that many of the Black Friday 2017 deals for Nintendo Switch have gone live very early, but there seems to be a lot of confusion among gamers as the deals do not appear to offer anything different to what buyers are getting now.

For example, many of the Black Friday Deals for Nintendo Switch on Walmart and Target Ads advertise the console as one of their main deals but the price remains at $299.99 as you can see over at Walmart here.

This is just for the console and not any extra games included and it is the exact price at which you can get the console for now, hence the confusion. 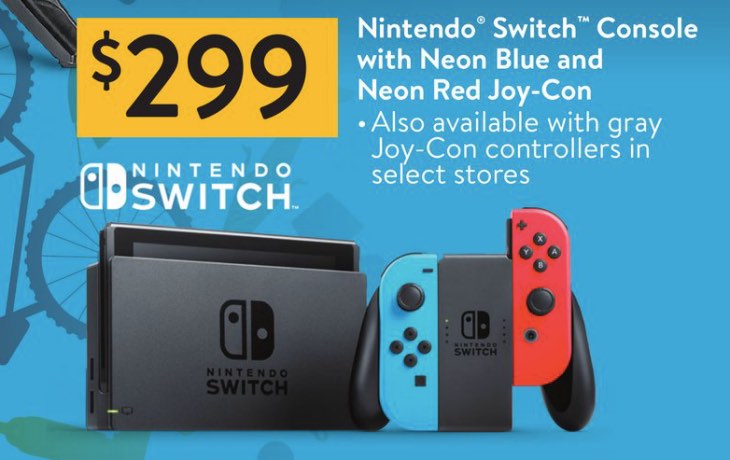 Are Walmart and Target planning some tricks up their sleeve and they will actually bundle in some extra games closer to Black Friday? We know that there would be a lot of interest if they did, but for now lots of games are scratching their heads as to why they have been advertised at full retail price.

Are you surprised about this and wondering the same thing? Let us know if you are waiting for better Nintendo Switch Black Friday 2017 deals in the US and would only consider them if some free games are included.