Gaming is making big developments in today’s era of technology and today we can debate the next releases in handheld entertainment. The topic of today’s argument, the Nintendo 3DS vs the Sony NGP (otherwise the PSP2).

The Nintendo 3DS is the first handheld console to utilize 3D capabilities and augmented reality, which will mean give game developers even more chance to be creative with the games coming to the 3DS. The 3DS will have a messaging service and will be backwards compatible with games from previous Nintendo consoles.

The 3DS also features a running activity log which monitors your games and gameplay and also acts as a pedometer for when you are out and about, however Nintendo have not just thrown this in to the console, they plan on using it as a way to give gamers ‘coins’ for each step they walk which can be spent on in-game content or DLC possibly. We thought this was a nice little touch for gamers. It also allows online play which connects through via Wi-Fi. 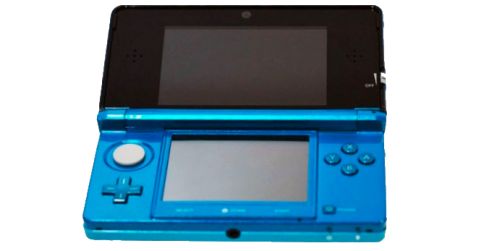 On the other side is the Sony NGP (Next Generation Portable), this will connect to the Internet through Wi-Fi and will also be released with an alternate 3G version for an extra cost. The console also comes with Bluetooth for file transfer. This trumps the Nintendo 3DS on connectivity, however we are not sure about the price for the 3G version and so this will depend on the gamer’s willingness to pay extra and agree a monthly data-plan. 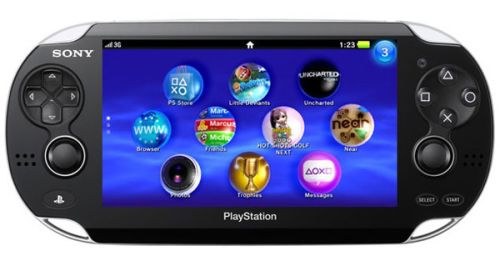 Both consoles have a touch screen, Sony’s model has a 5-inch OLED central touchscreen for navigation and possibly integration into gameplay. However the 3DS has two screens (similar to the DS layout), the bottom is a touchscreen panel while the top screen is the glasses-free 3D screen.

Also both consoles have two camera positions, the Sony console has one front-facing and one rear-facing, whereas the 3DS beats Sony with its 2D front facing camera and two 3D cameras. If the cameras don’t do it for you and it’s looks that you go for, some would say that the NGP looks sleek and stylish as a handheld whereas the 3DS still delivers the bulky folding box design that we all knew from previous DS’ designs.

We don’t think it’s the design that we all look at in too much detail so overall it comes down to gameplay, the core purpose for both consoles, judging from the previous Nintendo releases we could assume that the console may be geared further towards the family market of gaming whereas the Sony model will be for the pure gamers who love driving, shooting and high-octane action.

The Sony NGP will arrive sometime during the 2011 holidays, while the Nintendo 3DS comes to you much earlier March 27 (it is already available in Japan), both consoles sound promising however which one will come out on top? Leave us a comment and answer the poll question below.