We have some good news for those of you in the UK who are planning to pick up a Nintendo 3DS handheld when it releases soon, as it has been confirmed that retailers are preparing to do battle with one another in order to secure precious customer pre-orders.

As reported from VG247, the likes of Amazon and Tesco originally had the Nintendo 3DS price set at over £200, but now the two are fighting it out by slashing the price of the glasses-free 3D device to under the £200 mark.

If you head to Amazon’s UK listing for the handheld, you’ll see that they have now reduced the price to a mouthwatering £197, the exact same price in which Tescos are offering it for. We have a feeling that this price war is far from over though, as Tesco never like to be beaten – remember their crazy prices for Call of Duty?

Whatever happens though, it can only mean a good thing for consumers – let’s hope they slug it out some more and get the price down to the £195 mark. They still have the best part of a month until the 3DS releases so there’s plenty of time for round three. 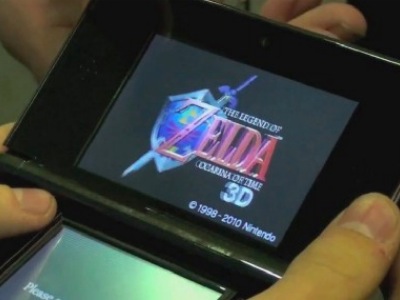 In our opinion, the price is very reasonable as it is at 197. Nintendo have some great launch titles too, so the 3DS is definitely going to hold its own against the Sony NGP, due out later on this year.