Next week see’s the Nintendo 3DS launching in Europe, and then a couple of days later in the US. As we have been hearing about more games which will be available for the device, we have an early review of the 3DS for you.

Jeff Bakalar from Cnet has written an early hands on review after spending some time using the 3DS. Performance wise it worked quite quickly with games only taking a few seconds to load, but some original DS games took longer to load on the 3DS than other DS systems.

Battery life is understandably not as good as older DS consoles with around 3 to 5 hours depending on screen brightness, and it takes around three and half hours to fully charge the battery. The included charging dock was really liked for its ease of use.

Using the 3D mode the reviewers never felt any sickness, but did get the occasional headaches after using for a prolonged period, and you can always turn the 3D mode off. It was found that the 3D effect can suddenly snap out of sync, as there seems to be a sensitive viewing angle for it work. 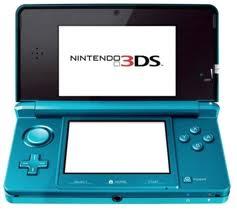 Games that required a lot of button pushing like Super Street Fighter IV: 3D or moving the console itself the problem was found to be worse. It was concluded that while the 3DS is Nintendo’s most expensive handheld console to date, the future looks bright.

Even though the launch lineup is not as strong as it could be, there is still plenty of fun to have with the installed software. One cloud on the horizon is the upcoming Sony NGP later in the year, but if early pre-order figures are anything to go by, it will sell by the bucket load. Use the link provided to read the full detailed review.

Will you be getting the 3DS?