With the Nintendo 3DS release still a couple of months away we didn’t expect to see any leaked photos of the device just yet, however we have recently come across a few leaked photos and a hands-on video which show off the device’s physical design.

Usually leaked photos are blurry and their legitimacy is questionable, however I have no doubt that these photos are “the real McCoy”, you can see these leaked photos throughout this post all of which are said to have leaked from a factory in China, below we have embedded a shot which shows its size compared to other handhelds such as the Nintendo DS (the 3DS is the black one). 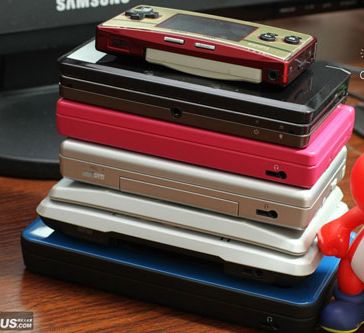 We have also embedded a video at the end of this post which really gives us a close look at the design, there is a chance that the final product may vary slightly from the model seen in the video, however I must admit the hardware does look “finished” (barring the back cover). 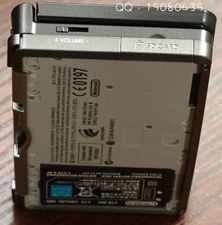 The hands-on video below does certainly show that the 3DS is not yet finished, when the owner tries to run Super Mario DS you can see that there is also a lot of work to be done on the software side of things.

If you would like to see a full gallery of the leaked Nintendo 3DS photos you should check out 3DSBuzz.com.

Do you like the look of the Nintendo 3DS?