Earlier on today we brought our readers an article about the rather surprising battery life for the soon-to-be-released Nintendo 3DS handheld gaming system. We now have more news for those of you intending on buying the device, as Nintendo has just revealed the list of games that will be available upon launch.

According to JM Koroloff over at justpushstart.com, the Nintendo 3DS will launch with a total of eight games, including Super Street Fighter IV 3D, Nintendogs + Cats, Ridge Racer 3D, Winning Eleven 3D, Professor Layton and the Mask of Miracle, Bust-A-Move 3D, Combat of Giants: Dinosaurs 3D and Samurai Warriors Chronicles. 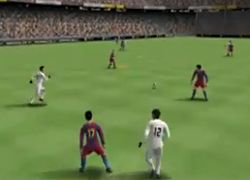 There will of course be more games arriving shortly after the device is launched, including The Legend of Zelda: Ocarina of Time 3D. If that still isn’t enough, then you also have games such as Kid Icarus: Uprising and Metal Gear Solid: Snake Eater to looks forward to sometime in the summer of this year.

In other Nintendo 3DS news, it appears that gaming peripheral manufacturer Mad Catz has just revealed its 3DS accessories line-up. According to Dwayne Holder at gamerant.com, this includes the Nintendo 3DS Traveller Bag, which can hold up to 21 games, 2 styli, headphones and AC adapters.