The Nintendo 3DS has only just launched in Japan over the weekend, but it already looks as if the glasses-free 3D handheld has been hacked, once again using the compact R4 cards which caused Nintendo so many problems with the DS.

According to this report from Destructoid, a few videos showing the hacks have already made their way onto YouTube, one of which you can check out here if you’re interested.

It’s worth pointing out, that this hack has only been used to play Nintendo DS games on the Nintendo 3DS, which means that the system hasn’t been unlocked to play 3DS games, yet. However, considering the speed that hackers have managed to get the R4 cards running on the system, we fear that it’s only a matter of time until the 3DS is hacked completely.

What are your thoughts on this outcome? Are you surprised that hackers have gained control of the system so easily? Will the support of these R4 cards tempt you into a purchase more than before?

As you can see from the video, hackers have no problem getting the likes of a gameboy emulator running on the 3DS, how will Nintendo react to this security compromise? It’s understood that the company will launch scheduled firmware updates for the system, so perhaps the first update will block the use of these R4 cards. 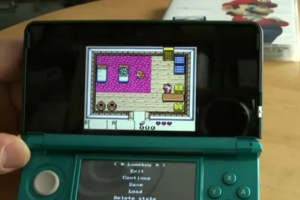 The news of the hack may also be bad news for US and EU gamers, as Nintendo may want to spend a bit of extra time fixing up the device even more so these cards and other devices cannot be used.