We have some fairly disappointing news for those Australians interested in the Nintendo 3DS. Previously we brought you news of game title releases for the U.S and UK, now we have titles named for the Australia launch.

Nintendo of Australia had announced that they would only be getting a meager 4 titles whilst the UK and U.S are set to get 15 and 18 titles from launch day. According to CVG the four Australian games include 3 versions of Nintendogs + Cats and Street Fighter IV in 3D. 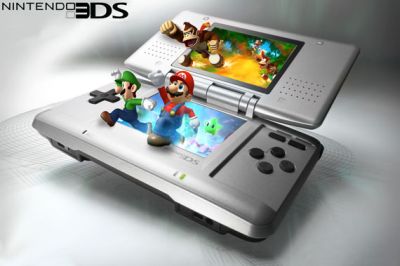 Other titles included amongst the coming soon list are Ridge Racer, LEGO Pirates of the Caribbean, The Sims 3 and Resident Evil: The Mercenaries 3D. You can view the whole list at their site where they also say the prices of the software will range from in New Zealand $97.00 and in Australia $69.95. It is reported that review scores for the first 3DS launch titles have begun coming in via Famitsu, Japanese magazine.

What do you think about the lack of games on the Australian launch? Do you think there will be more titles revealed nearer the time? Let us know what you think.