There is no denying that the Nikon D750 is an impressive camera, which we pointed out when pitted against the D810 and D610 in comparison review videos. It’s certainly a great all-round DSLR camera, but some people have been experiencing an issue with its shutter — not all, just a select few that were manufactured from September to October 2014.

Having already reported on an issue back in May to do with D750 compatibility issues, Nikon has issued an advisory for its D750 model. This latest problem sees some of these units suffer from shading in some images taken. 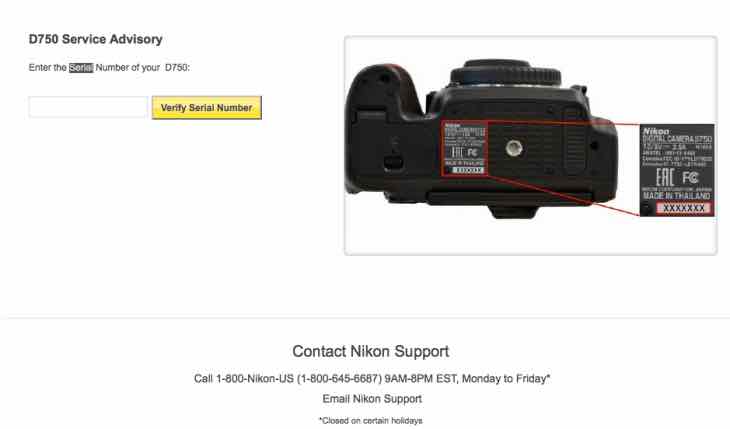 Nikon D750 serial number checker — If you head over to this page you will then be asked to enter the serial number of your D750 to see if it needs a shutter repair. If it does need repairing it will be done free of charge. You will find the serial number on the underside of the camera body.

We do not think the number of affected units will be high, seeing as though the production run for those two months would not have been that high. Having said that, with the Nikon D750 price being around $2,000 you should not expect yet another issue with this DSLR in such a short time.