Back in November of last year we were told Nikon were to update their D600 and D800 DSLR cameras, where they were to resolve the issue with the aperture bug for Live View for the former and the focus priority bug on the latter. They were also going to fix the D600 cropped HDMI output issue on the D600.

We are now in April 2013 and owners of both cameras had almost given up waiting, but we can now tell you that the Nikon D600 firmware update has now been made available, along with the D800 update as well. These upgrades have far more to offer than we first assumed, so this surely has been worth the wait?

The Nikon D600 C:1.01 firmware update contains 6 new modifications, which includes, frame output size going from 95 percent to 100 percent, improvements to the shutter release when the button is pressed, and much more, which can be viewed below. 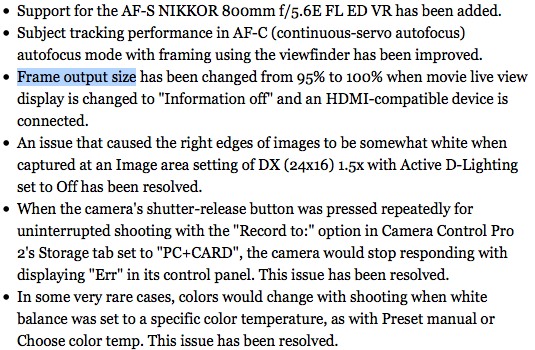 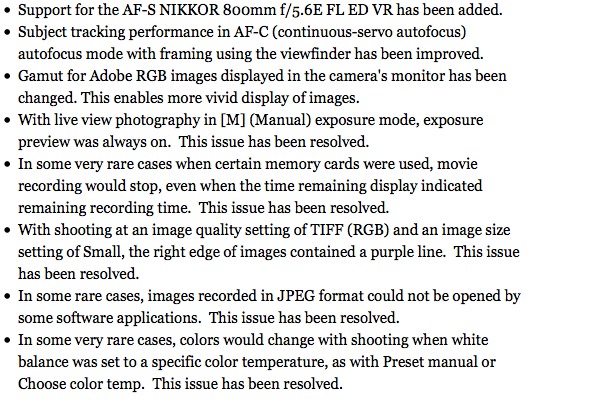 You’ll notice from the list of Nikon D800 improvements that the Live View aperture bug has not been fixed, which is certain to anger those of you who found this to be an issue. While these updates are not huge, they are a significant step in repairing Nikon’s reputation, although the release of the D7100 has also helped this cause.

Having said that, the Nikon D7100 has its own issues, such as with its buffer capacity and lack of support for older Sigma lenses.

Thanks to Nikon Rumors.