The hockey video game has a massive following and also helped by the fact it’s published by EA Sports, although not as big as the likes of FIFA 16. Those that love the National Hockey League follow scores and the current schedule daily, but if they also play the video game then they expect timely updates. 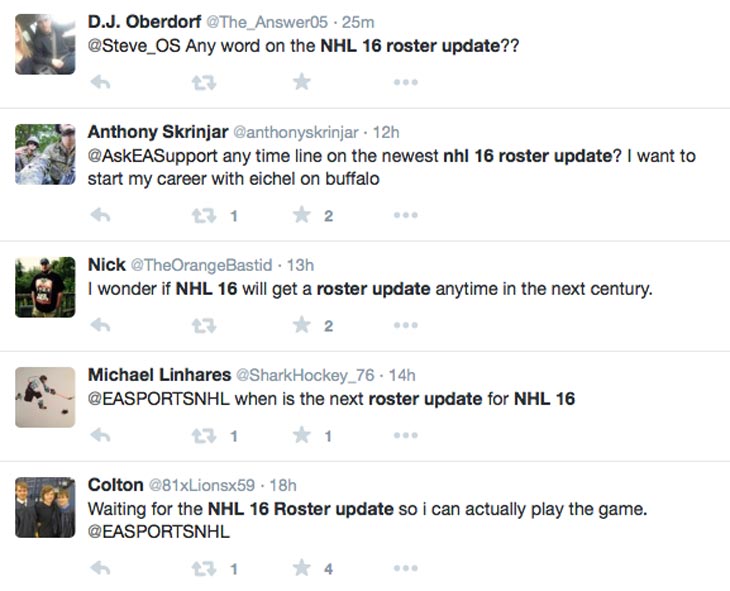 It’s been just under one month since the NHL 16 game released and around a week since the Season started, but still no roster update. You can see the frustration voiced in tweets above with some stating, “I wonder if NHL 16 will get a roster update anytime in the next century”. Another fan added, “Any time line on the newest NHL 16 roster update? I want to start my career with Eichel on Buffalo”.

We have reached out to EA Sports like many others have on social accounts, as this is a mystery that needs solving for a growing audience.