Within the last week we’ve seen not one but two racing games hit the shelves, Need for Speed: Hot Pursuit and the long-awaited Gran Turismo 5. While they are two totally different types of racing game entirely, it’s still interesting to see which type people would prefer — simulation or arcade?

I recently read an article by goukijones over at gouki.com, in which he details a recent experiment he conducted where he took both Gran Turismo 5 and Need for Speed: Hot Pursuit over to a friends’ house during Thanksgiving, to see what his friend would think of both titles.

The conclusion was rather interesting. The author of the article noted that his friend immediately went for the Gran Turismo game first and loaded it into his PlayStation 3. He then tried to start a race once the game had installed, but this couldn’t be done as he had to do a license test first. 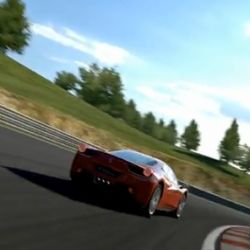 After failing several attempts at the license challenge, both goukijones and his friend managed to enter a race. However, the author notes that after every attempt, his friend would hand him the controller and ask him if he wanted to play. It was then time to load up Need for Speed: Hot Pursuit.

Within just three minutes, the author’s friend was already in a race. According to goukijones, his friend didn’t ask him once if he’d like to play NFS: Hot Pursuit. It soon became clear what game his friend preferred, even hinting to his wife that he needed a copy of the game himself.

What game would you prefer playing, Gran Turismo 5 or Need for Speed: Hot Pursuit? Is arcade or simulation the better racing game?