PlayStation 3 and Xbox 360 gamers that own a copy of Need for Speed: Hot Pursuit game received a bit of good news recently, a release date for the upcoming ‘Super Sports Pack’ DLC. PC players on the other hand appear to be missing out completely on any DLC.

According to Mike Jackson over at computerandvideogames.com, Electronic Arts has just announced that it won’t be releasing any DLC for the PC version of NFS: Hot Pursuit. The publisher began by saying that PC gamers wouldn’t be receiving the ‘Super Sports Pack’ DLC. 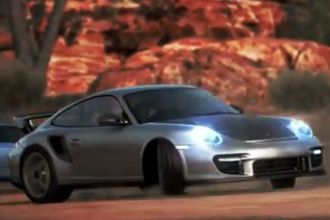 However, the developer Criterion Games then announced that the PC version of the arcade racer won’t be receiving any DLC whatsoever. According to a rep, they have a limited number of resources that make it so they are unable to deliver DLC to every single platform.

There is some good news for PC gamers however, as they did go on to explain that more updates are on the way for those who own a Microsoft Windows version of the game. A recent article by John Callaham at bigdownload.com makes an interesting point.

The article says that 2K Games made a decision not to offer the final 2 DLC releases for the BioShock 2 title, but then reversed their decision after receiving a massive outcry from fans of the game. Could the same be said about NFS: Hot Pursuit DLC if enough PC gamers complained?