Some of you may remember the Need for Speed: Hot Pursuit challenge that was set by the team behind the popular arcade racer a while back, in which gamers would be rewarded with free DLC if a certain NFS: Hot Pursuit trailer was viewed for a total of 1 million times.

Well according to Mike Hartnett over at playstationlifestyle.com, although gamers came pretty close to achieving the challenge, they didn’t quite make it. However, the developer Criterion Games then decided to reward gamers with the free DLC anyway. 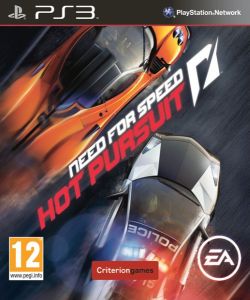 A brief message — from everyone at Criterion Games, Electronic Arts and Need for Speed — was posted on the hotpursuit.needforspeed.com website recently, noting that although the launch trailer (viewed via YouTube) didn’t quite make it to 1 million views, they wanted to thank fans anyway.

I’m not exactly sure whether or not PC gamers will be receiving the free Convertibles DLC pack, what with the recent confirmation from both Criterion Games and Electronic Arts that the PC version would not be included in any future DLC plans (see previous article here).