Neymar da Silva Santos Junior just scored a fantastic goal for Brazil taking the score with Croatia to 1-1 in the World Cup first game. This FC Barcelona star really does show his skills when it counts and Brazil’s passion can be seen within the first half, so we thought a little look at his football skills were in order for fans during half time.

You can see a very short video showing Neymar’s Brazil goal below this article, although in the second video you’ll see Neymar skills and goals demonstrated in a HD compilation from FIFA 14.

Did you see Neymar’s goal during Brazil vs. Croatia and if so, did you see it coming after the home goal? The second video is a crazy montage showcasing this player within the virtual football game, so take a look at the goal and video montage, then let us know what you think about both during the opening World Cup 2014 game. 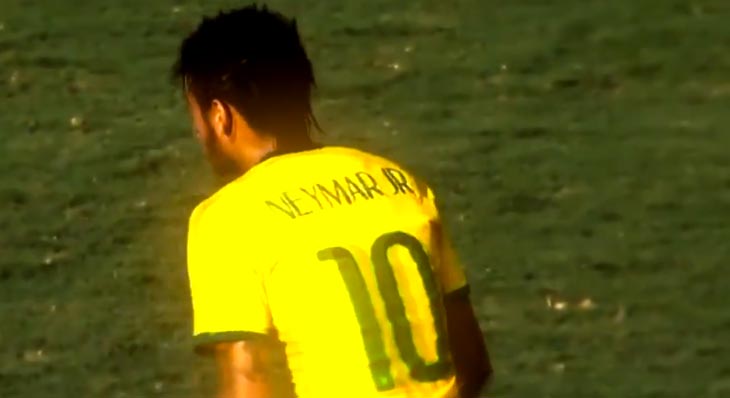 We’ve featured a number of FIFA 15 and FIFA 14 videos revealing player skills, stats, and possible transfers that you can see through the linked hub pages in this paragraph. One of these recent FIFA 15 articles included a look at Luis Suarez going to Real Madrid that could change the outcome for a FIFA 15 cover, and another saw the trailer for FIFA’s next console game feature goals from Ibrahimovic, Messi, and Suarez. 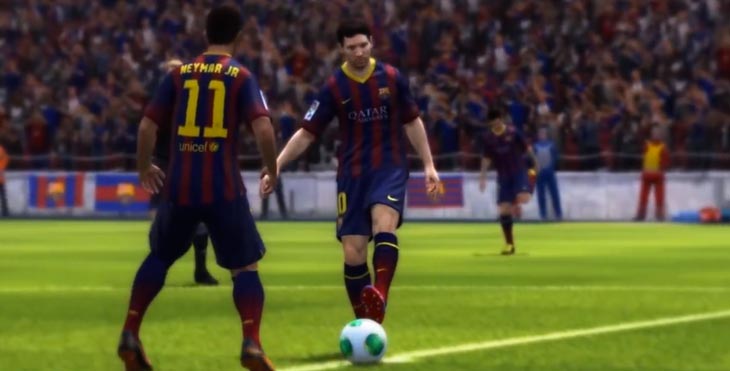 Is Neymar within your FIFA 14 Ultimate Team? If you missed the Brazil vs. Croatia FIFA 14 UT mashup video from a couple of days ago, then you can see that video here taking the best of both Brazil and Croatia players and mashing them into one hybrid team within the virtual football game with the hope of winning World Cup 2014.

You can also see a real life football skills video for Neymar Jr in the final video, which saw an upload to YouTube earlier this week.