Those of you who are keeping tabs on the Nexus Two, otherwise known as the Nexus S may have a little shred of hope that the device’s release date is coming real soon. You can thank Best Buy for that.

According to two articles at Engadget, Best Buy Mobile first published a fairly small and inconspicuous advert that stated that the Nexus S was “Available only at Best Buy this holiday season,” with an option to pre-order. It has since been removed. 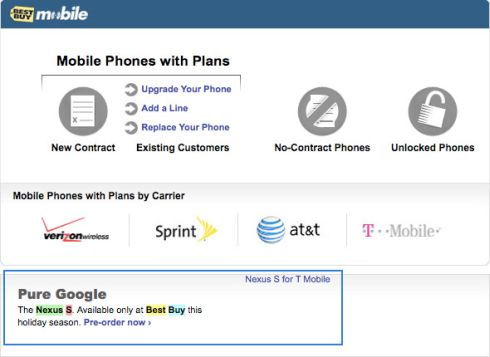 The second inkling also came from Best Buy, but this time rather than having a text-based advert that also advertised ‘Pure Google,’ they have a so-called image of a device that looks remarkably similar to that of what we now know as the Nexus Two or Nexus S (whichever you prefer). 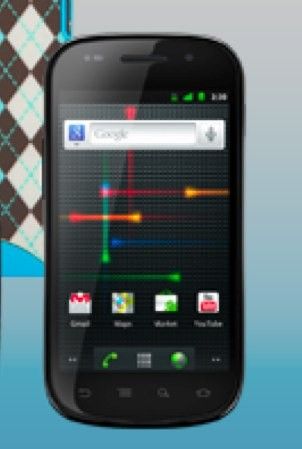 The image, well, rather an “In Store” web-based flier looks like it is running stock Android (could be 2.3), and comes complete with a front facing camera.

Make of it what you will, but we seriously do hope that Samsung / Google / T-Mobile / Best Buy are serious about the next incarnation of the Nexus… even though we did get told it was not coming at all by a Google CEO.