We have more details on the rumored Nexus Two handset, and potentially some groundbreaking info, as it has been revealed that the Nexus Two will be built by Samsung and will be the first handset to release with Android OS Gingerbread.

That is according to this report from Gizmodo, who are claiming that their source has already seen the device and managed to spend some hands-on time with it.

There are no leaked photos so far, but they have provided a mock-up image with their report which they say is very close to the actual design. 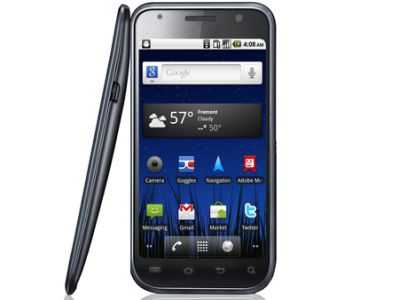 According to them, the Nexus Two looks a lot like the Samsung Galaxy S, except the fact that the Nexus Two will come with a front-facing camera for video chat. The display screen is thought to be the same 4-inch affair seen in the Galaxy S, and the software will be a stock version of Gingerbread.

They also explained their disappointment that the Nexus Two just seems like an upgrade to the Samsung Galaxy S, rather than a completely new design as many had hoped for. Check out their report above and we’ll keep you updated if we hear anything else on the Nexus Two.