The Google Nexus S was announced on December 6, 2010, and will be available from the 16th of this month in the U.S. and the 20th in the UK. A recent post of ours has looked at the specs of the new Samsung Android handset compared to the iPhone 4, and has also looked at the price as well.

So we know that the Nexus S is to cost $529 unlocked or $199 on a two-year contract, but what other popular alternatives are there for the price? The first handset and the most obvious is the Apple iPhone 4 on the AT&T network. The price is $100 more than the Nexus S, on a two-year contract you will have to part with $299; more details on this can be found on the AT&T website. 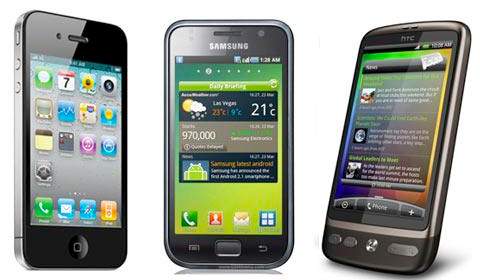 To get a handset that is not that far of the new Google Phone, you might have to consider the range of Galaxy S handsets, not certain how many there are now but Samsung keep adding to the range.

One such handset is the Samsung Captivate, this is also on the AT&T carrier, but this time the price is the same as the Nexus S, just $199 on that two-year contract. However, the non-commitment price is a little cheaper, just $499. Get more details here.

Finally I thought I would offer up the Droid X by Motorola as another alternative. There are two reasons why I chose this, the first is that it looks sleek and performs very well. Oh did I forget to mention the fact the price is exactly the same as the new Nexus S as well? For more details visit Verizon.

Will you consider the Google Nexus S or would you rather an alternative?