Those of you who own a Nexus One and were hoping to have a taste of Gingerbread, the time has come as Google have begun rolling out Android 2.3.3 Gingerbread to the Nexus One as well as the Nexus S.

The news comes from Android Community’s Chris Davies who says according to the official Google Nexus Twitter account, the OTA updates have started but users need to be patient as it could take weeks to complete. More information about the Tweet can be read at Android Community’s site.

For the Nexus S owners this is just an update with much needed fixes and will allow the device to act as an NFC tag capable of writing itself, but for Nexus One owners it is their first taste of Gingerbread. Engadget has more details about NFC tags and the Android 2.3.3 update. 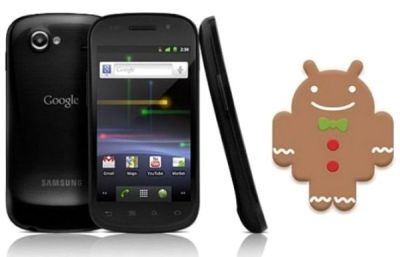 According to Lawrence Latif at The Inquirer, Google’s Eric Schmidt said last week that the next update for Android smartphones will be Android 2.4 Ice Cream. Those that haven’t got Android 2.3 yet will be hoping for a bump straight up to version 2.4 on their devices.

What do you think of the Nexus devices’ upgrade? Are you waiting for your Android device to be upgraded? Let us know.