With all the recent commotion surrounding the never-ending release adventure for the iPhone 5, it’s has been easy to forget that Android owners also have an exciting ‘unreleased’ device to look forward to – of course we’re talking about the elusive Nexus Prime.

It has been a while since we last talked about Google’s Nexus Prime, or the Nexus 4G, another name which you may be familiar with if you have been keeping a close eye on developments on the handset so far.

However, a fresh picture has been discovered online and with it a series of hardware specifications that will be equipped in the Nexus Prime. The picture has been captured over at a suspect looking retailer listing for the rumored device, which is available to view at your pleasure over at the Hantec website. Strangely, though there is no actual link to pre-order or buy the device, and the picture included is definitely open to debate on its authenticity.

Below is a larger picture which we found courtesy of Phandroid, which gives you a much better look at a ‘potential’ design for the Nexus Prime. 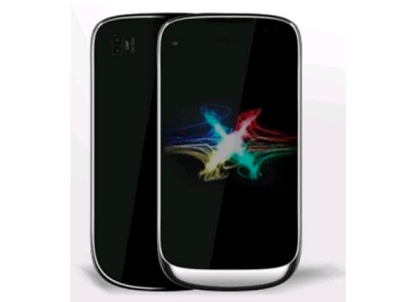 As you can see, the obvious highlight of this model is the fact that there are no physical hardware or capacitive buttons, meaning that navigation on the Nexus Prime could be handled solely on the rumored 4.5-inch touchscreen – which would certainly raise an eyebrow or two with potential suitors. You can also see a silver trim around the edges of the device, leading to some suggestions that this could be fake since it looks remarkably like a device that HTC would build – not Samsung.

The one pleasing factor about all of this though, is that Google recently confirmed at the Dreamforce conference that Ice Cream Sandwich is landing within the next few months, so obviously a device will be coming alongside it and it’s probably going to be the Nexus Prime. We have a feeling that the puzzle will soon be solved as rumors continue to creep out over the next few weeks.

Let us know your thoughts on the possible design for the Nexus Prime, and also whether you are holding off from buying an iPhone 5 to wait for a Prime.