Now that Google announced its Nexus 9 Android tablet yesterday this created a bit of a dilemma, one because the Nexus 7 is still a sought after device because its size and price, two because the Nexus 10 has more to offer by way of screen size, but aging hardware, and thirdly, people sitting on the fence with the platform still may consider the iPad mini.

The iPad mini, Nexus 7 and 10 are already on the market and still have a lot to offer, but how much when compared to the Nexus 9? All details you see below will be in order of the Nexus 9 first, followed by the 7, 10 and finally the Retina iPad mini. 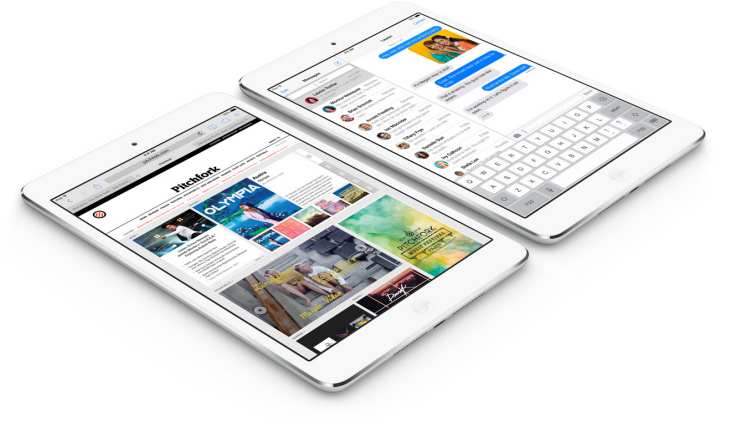 Camera set-up
While the megapixels may be the same for three of these tablets, the sensor technology is not, which you can judge for yourself. We have an 8MP, 3264 x 2448 pixels, with autofocus, and LED flash compared to 5MP, 2592 Ñ… 1944 pixels, autofocus, 5 MP, 2592 x 1936 pixels, autofocus, LED flash, and 5MP, 2592 Ñ… 1944 pixels and autofocus. Technologies for each are as follows: Geo-tagging, touch focus, face detection for all three Nexus tablets and Geo-tagging, touch focus, face/smile detection and HDR (photo/panorama) for Apple’s mini tablet.

It’s hard to compare the price for each model as the Nexus 9 will vary on what variant you choose, and we have a feeling the Nexus 7 and 10 will also fall in price due to the release of a new model. This could also be the fact with the iPad mini with retina, as its price could also be reduced today with the unveil of a new model later today.

So there you have it, an outline of how these four tablets differ in terms of specs.