While some of you feel as though taking a perfectly good, working order device apart is not a good idea, in most cases is gives us a good insight into how a device can be disassembled if there is a need – although only when it is out of its warranty period. Whenever a new device is released it does not take long for the guys at IFIXIT to take it apart to see what it is like on the inside. This time it is the turn of the Nexus 9.

Nexus 9 teardown – The all-new Nexus tablet has been taken apart to see what it would be like to repair, as well as what the hardware looks like in person, and IFIXIT has made a discovery, the Nexus 9 teardown reveals problems when it comes to fixing it, as it is said to be very hard to fix. 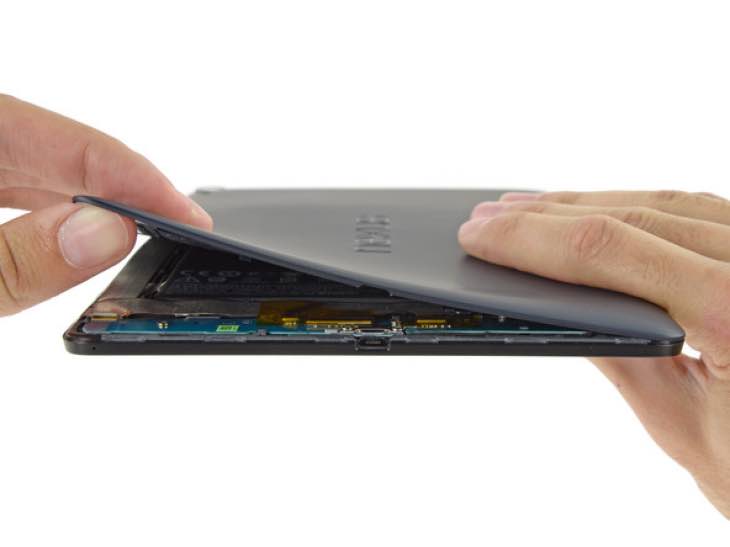 The Nexus 9 (see unboxing) has some tough competition from Apple, seeing as though the company already released its two new iPads last month, but the new Nexus tablet is said to be more than a match, which we will no doubt see in upcoming Nexus 9 vs. iPad Air 2 and Mini 3 reviews. Anyway, back to this teardown.

Nexus 9 repairability score – The new Android tablet from the Nexus family only manages to achieve a repairability score of 3 out of 10, and when you consider that 10 represents the easiest to repair, it’s not wise to start taking your Nexus 9 apart. Problems that can occur are the possibility of losing the rear facing camera when removing the rear cover, battery is glued into place, the innards are covered in tape, and thin wires, so taking apart will be at your own risk.

However, the biggest issue is with the LCD, as it is fused to the front glass, which means if you have a cracked screen both components will need to be replaced. It would seem there is a growing trend that these tablets are now becoming far more difficult to repair yourself, and so requiring an expert to make repairs. Read the full IFIXIT report.