Are you ready to witness the unveil of Google’s Nexus 9 tablet by HTC? It has been a long time in the making, but within days we could finally see an official event after months of rumors.

The Nexus 9 is being built by HTC and when we spoke about the device last, we mentioned about rumors suggesting that the tablet could actually be unveiled on October 16.

This is the very same day in which Apple will take to the stage to lift the lid on the iPad Air 2 tablet – the irony of it. However, skip forward a few days later and now a new report claims that Google’s Nexus 9 event will actually take place one day earlier on October 15. 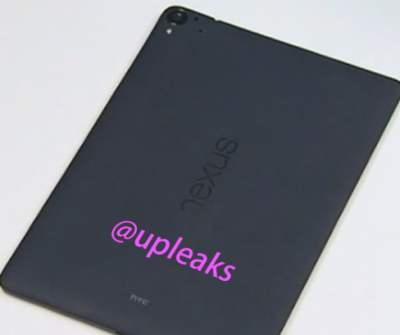 The information has come from BrightsideOfNews, who even go on record to say that the Nexus 9 release date will be happening on November 3. They also disclose a Nexus 9 price already and they state that consumers will have to pay $399 to own the next Nexus 9.

$399 is a fantastic price if true, as it just reminds us of the wonderful price point that the Nexus 7 tablet arrived with and Google obviously wants to follow the same formula – assuming that it is true.

We don’t have long at all to see the device which is expected to be running on Android L and an Nvidia Tegra K1 processor. Are you excited about the tablet from Google, or are you waiting for the next iPad to arrive instead?

Give us your reaction to a potential $399 price point – is it reasonable for the increased display size of 9-inches?