The day after Google announced its latest Nexus tablet people in India were hinting details in regard to the Nexus 9 price, as while they knew how much it would cost in countries such as the US and UK, nothing official was announced for them. We did have a go at tracking down that price, but all we could find were estimates, of Rs. 21,999, which we are afraid are way off.

Nexus 9 price in India brings disappointment – The Nexus 9 has now shown up on the Google Play Store for India and we have some bad news for you, as the price for the 16GB WiFi version is Rs. 28,900, and the 32 GB LTE model, Rs. 44,900. Understandably consumers are very disappointed with the new pricing from Google. 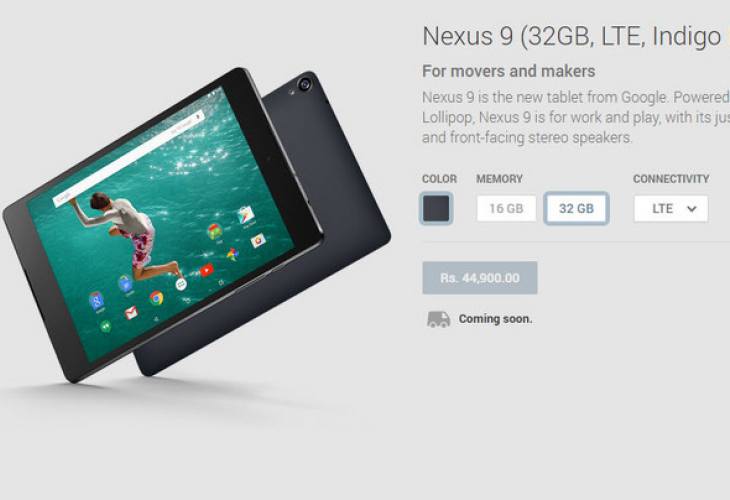 It would seem as though Google has turned a corner seeing as though this is the most expensive Nexus tablet to date, and shows Google has now changed its pricing policy, which could spell trouble in countries like India. We know the likes of the iPhone and iPad do well in India, but the people there knew they come with a premium device. However, with Nexus always known for its impressive hardware, performance and competitive pricing, changing it now could prove a huge issue for Google, especially in countries such as India.

We have already heard from a few of our readers in India, where one said, “The Nexus 9 is only for wealthy class now.” Another reader said, “pricing it closer to the iPad Air 2 will make a tougher sell in India.” Do you agree with such comments, or was Google already expected to raise the price?