We have already seen a Nexus 9 price drop earlier this year, but we did not think at the time it was a hint of a model refresh coming. However, a second price cut, this time from Amazon UK and Argos does make us start to wonder if stock is being cleared to make way for a 2015 Nexus 9 update?

This latest Nexus 9 discount is a decent one, as both Amazon UK and Argos have reduced the price of this WiFI Android tablet to £200 for the 16GB model and £300 for the 32GB version – the latter only being available at that price from Amazon. 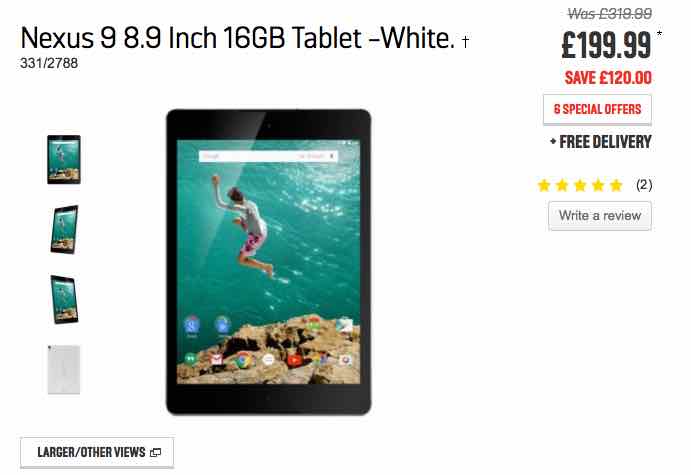 The original price for the Nexus 9 was £479 for the 16GB model when it was first released, and was later reduced to £304. This latest saving takes a further £104 off that price, and so you had best hurry, as we do not know how long inventory will last or when the latest Nexus 9 deal will end.

Google has yet to issue a price cut which makes us think this deal is time limited, although we have no clue as to how long it will be running for. Let us just hope that it is a sign of a new Nexus 9 for 2015, especially as Samsung is ready to unleash a bevy of new Android tablets later this year.