We have some news for Nexus 9 owners, but not the news you were perhaps looking for. A new Nexus 9 Android 5.0.2 update is now available to download, but it’s not the Nexus 9 Android 5.1 release date that we know most of you would rather see.

For some reason, it’s still not ready and it’s very surprising that Google has not managed to update their latest flagship tablet to the newest version of Android – but have already updated older devices to Android 5.1 such as the Nexus 7 and the Nexus 10.

Google are not giving their reasons for the Nexus 9 Android 5.1 update delay, but they have pushed out a minor update to Android 5.0.2. 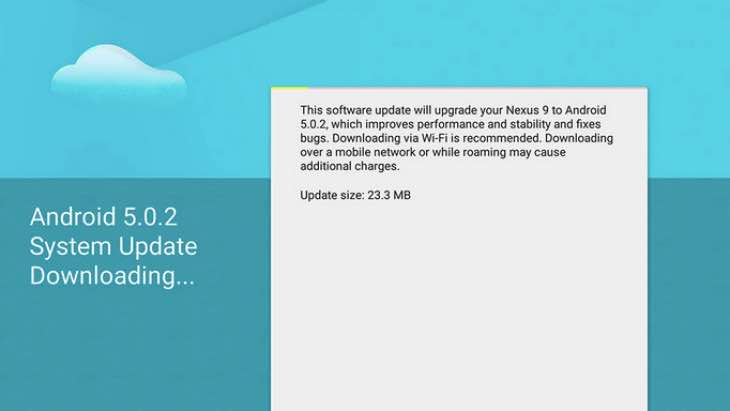 It’s 23.3MB in size and changes include performance and stability improvements, along with some unspecified bug fixes.

Hopefully this minor update is laying the foundations down for Google to press ahead with the Android 5.1 update, as many users are already confused as to what is taking so long in the first place.

Head to your device settings now and see if the Android 5.0.2 update is available on your Nexus 9. The update should be rolling out, so let us know what else you spot that Google hasn’t specified in their notes.