The iPhone 6 Plus, the Galaxy Note 4 and the Nexus 6 were all unveiled within weeks of each other and they all share one thing in common, they are flagship phablets, two of which have the latest software their platform has to offer, while one has to do some waiting until the powers that be offer it the support. With these tablets being the best that Google (Motorola) Apple and Samsung has to offer, how do they stack up in terms of specs?

Let’s get one thing clear, the Nexus 6 is not going to be an iPhone killer, as this is a term the industry stopped using a while ago, well there are still one or two that still offer such titles in order to gain some traffic. It is so hard to say one handset is better than another when they all go about things a little different. 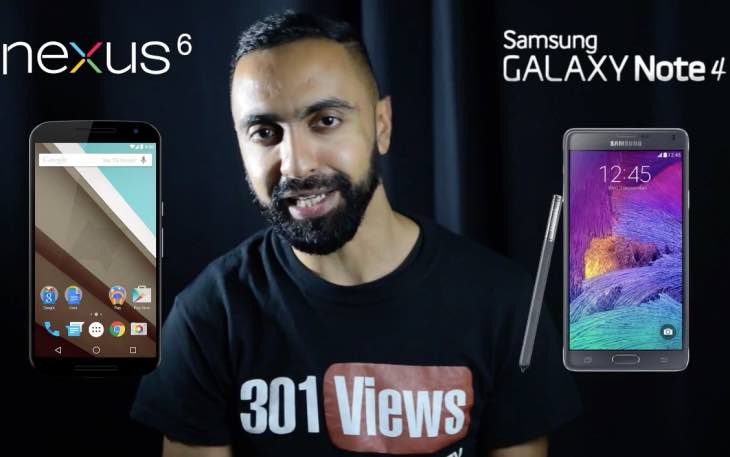 The Nexus 6 is a collaboration between Google and Motorola and will offer a naked version of Android, 5.0 Lollipop. The iPhone 6 is Apple’s largest smartphone and comes with the best features, and today makes use of iOS 8.1, the latest mobile OS for these devices. Then there is Samsung’s Galaxy Note 4, and differs from the other two seeing as though it makes full use of a stylus.

Below you will see two videos, the fist looks at how the Google Nexus 6 compares to the iPhone 6 in terms of specs and features, such as dimensions, weight, resolution, screen size, battery and price. The video runs for a little over 11 minutes, so sit back and enjoy.

The second video compares the Motorola Nexus 6 to the Samsung Galaxy Note 4 and covers all what the first video does. It’s going to be hard for the former handset to compete with the latter, and so we cannot wait to see how these next few months are going to do in terms of sales.