The Nexus 6 is a first for two reasons, it has become the most expensive Nexus smartphone to date, and second, is the first to be picked up by all the major US carriers. This is great news because there will now be an even greater demand for Nexus 6 cases, and while not one case has appeared yet, we can get a general idea as what to expect based on its predecessor.

We do have a couple ideas in regard to expected Nexus 6 cases, and they do not include the QuickCover, as this was specify to LG,and we know that this is now a Motorola built device. Having said that, we are sure there will be a few third-party case makers ready to take that challenge on. 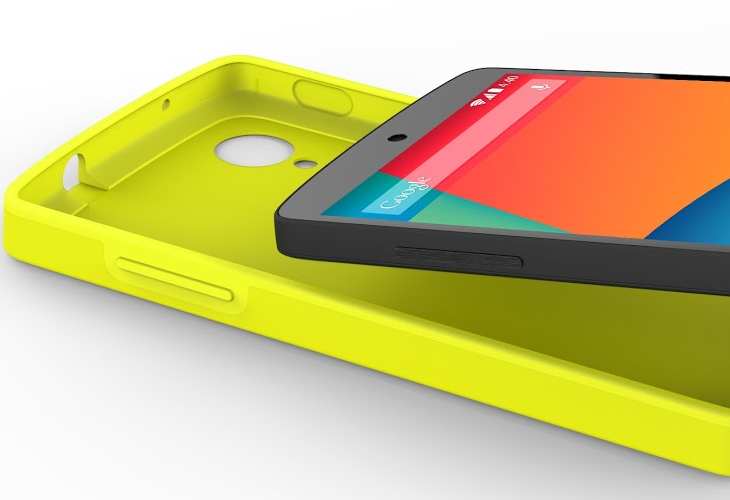 Nexus 6 Bumper Case – Google currently sells this case for its nexus 5, and so we have no reason to believe they will not do the same. Even though it will look different to the render seen above, we still expect it to have a hard outer shell, with a soft rubber lining to keep the handset protected from shocks. It will not inhibit the Nexus 6 wireless charging, even though that feature was left out of the launch event.

Nexus 6 Flip Shell – This case is more controversial because it is currently one used for the Moto G second generation. However, knowing that Motorola makes the Nexus 6, it would be great if they were to offer this as a case option. The flip shell is also a great alternatvie to LG’s QuickCover, so it would seem to be the ideal solution.

What Nexus 6 case would you like to see appear on the Google Play store once pre-orders go live later this month ready for its Novemebr release?