While all the talk has been about the imminent Droid Bionic release as far as Verizon customers are concerned, one handset that is slowly lurking in the shadows and possibly set to be unleashed soon is the Google Nexus 4G.

Ever since its initial leak, we have heard nothing regarding this elusive handset although consumer interest is doing the rest as its easily the one Android handset that has the firepower to do some serious damage to Apple’s iPhone 5 plans.

With the iPhone 5 aside, it is the Droid Bionic factor we want to concentrate on as many of you may not realise this, but the Nexus 4G is probably going to be the best Android handset on the market as soon as it hits, we would even go as far to say that it may even rival the iPhone 5 in terms of popularity when it is officially unveiled to the public.

The Droid Bionic will feature solid specs such as a 1Ghz dual-core Tegra 2 processor, an 8 megapixel camera, a 4.3-inch qHD display, 720p HD recording, Android 2.3 Gingerbread and of course support for Verizon’s new 4G LTE data network. On paper, this looks pretty good when compared alongside the current crop of Android handsets on the market, however there is nothing ‘next-generation’ about it.

Here’s where Google enter the fray as their Nexus 3 or Nexus 4G definitely has a true ‘next-gen’ aura about it, especially when you consider it may be equipped with specs such as a dual-core 1.5Ghz CPU processor, 1080p video recording via an above average 5 megapixel camera, 1GB of RAM and also 4G LTE support.

However, while we can’t rule out a release for the Nexus 4G on Verizon, we’re hearing whispers that this handset may actually end up being one of AT&T’s flagship 4G LTE handsets, which is a separate battle in itself with regards to network preference on AT&T or Verizon. Regardless of what network the Nexus 4G does appear on, Droid Bionic owners may have feelings of inadequacy, especially if it does appear on AT&T.

Imagine a scenario where AT&T snaps up the Nexus 4G as an exclusive and it does come with a staggering dual-core 1.5Ghz CPU. Combine that with Google Ice Cream Sandwich OS and it suddenly makes the Droid Bionic, once touted as the best Android handset around, second best behind the Nexus 4G.

Obviously this is an insight into a situation which may never arise, but on the other hand it is a very likely possibility, one which Verizon owners will have to deal with. In the meantime, tell us this – Are you still adamant on picking up the Bionic, or are you now a bit cautious with the Nexus 4G lurking in the background? 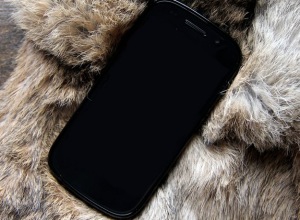