Within the last few days a new benchmark test has been uploaded to YouTube, which takes a look at the Nexus 4 vs. HTC One in a review that runs for 17 minutes and reveals full benchmark results.

Even though the Nexus 4 is several months old, it’s still a popular handset, one that still poses a threat to newer Android smartphones coming to the market, such as the HTC One, and the Galaxy S4, which has seen a review or two over the past few weeks. 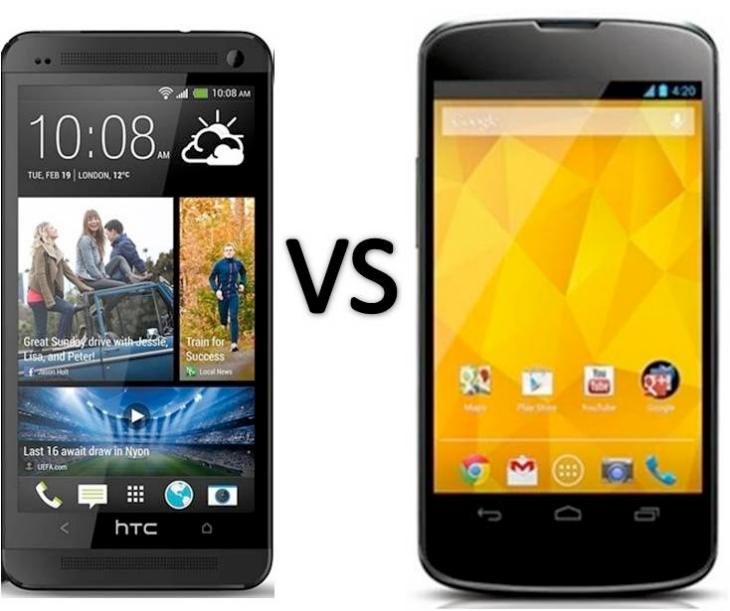 Looking at this HTC One review compared to the LG Nexus 4 will give us a great insight into how these two phones compare under benchmark conditions. Don’t count the Nexus out just yet, as these both have a quad-core Snapdragon processor, although the HTC One does have the newer more powerful version.

Both phones do share many other features, such as the same GPU and screen size, but again the HTC One edges out with a 1080P display — and Tim Cooks says you cannot make a larger screen with decent visual quality.

The first test will be done using Quadrant, and to make it as fair as possible all cache and other such things will be deleted before each test. You’ll notice right away how much quicker the HTC One is running the benchmark tests. The result of the first test is no real shock, as HTC’s latest flagship device is almost double the speed.

AnTuTu is the next test and the Nexus 4 is not slow, but the HTC One wins out again. These are just two tests, more of which can be viewed in the video above. It’s worth adding that these tests do not represent real life, but rather a reference benchmark to give you an idea of how the hardware on each phone handles things differently.