The LG Nexus 4 is now permanently sold out for the rest of 2012, which in the UK leaves both the 8GB and 16GB unavailable to order at Google play. In the US you can still order the 16GB Nexus 4 with a wait that takes you into next year, although the 8GB model currently has the sold out sign showing. If you hoped to get the Nexus 4 direct from Google this year you’re out of luck, which means the best chance you have would be an auction website like eBay. Sadly the Nexus 4 price on eBay is much higher thanks to opportunists.

Each time Google managed to get Nexus 4 stock for both the UK and US it went within minutes, which has left some people confused whether this is a Google problem or just massive demand that is impossible to meet. Some fans state on blogs and forums that they don’t expect the 8GB Nexus 4 sold out message to be removed for at least a month, and at the very least they don’t expect to see the smartphone delivered for around 3 months if they haven’t placed an order yet. If you did manage to place an order for the 16GB Nexus 4 then you are looking at around a 2-month wait before the smartphone delivers, which would be for orders placed today in the US.

The Nexus 4 price rip-off — you should be warned that while it isn’t impossible to find the handset, you need to understand the real Nexus 4 price before placing orders at some 3rd parties. Some people are not aware that the Nexus 4 sells from just under $300 on the Google play store, and then head to 3rd party retailers with some prices reaching from $550 to $700 depending on the model you choose. 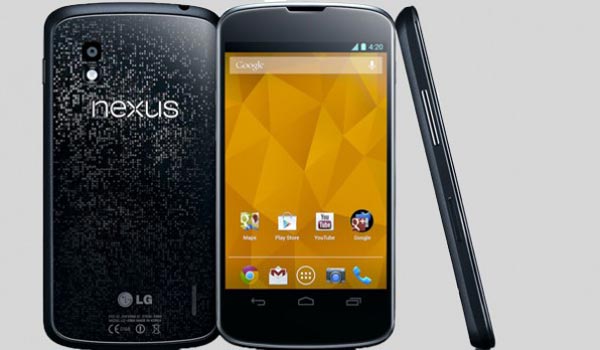 Would you pay these premium prices for the Nexus 4 to get the handset before Christmas? These prices are ridiculous and hiked up thanks to the demand, although we are aware that some people are parting with $700 for the 16GB Nexus 4 at certain online retailers. It seems really crazy to us, but we guess some people are really desperate to get hands-on in 2012 rather than after Christmas. You might want to see our article from earlier today that touched on freebies available for the Nexus 4, 7, and 10 directly from Google.