At the start of the month, we told you that a Nexus 10 Android 5.1 Lollipop was imminent, after Google posted official factory images of the update to their database.

Skip forward two weeks later and we can now confirm that some Nexus 10 owners have received their Android 5.1 update live with an OTA notification – which is 104.4MB in size.

As we stated in our initial report, the key Nexus 10 5.1 features introduced in the update include Voice HD, enhanced device protection for Google accounts and support for multiple SIM cards.

However you’ll be pleased to find out that those who have already received the update have noticed a significant increase in the Nexus 10 boot up speed, since installing the new update compared to Android 5.0.2. 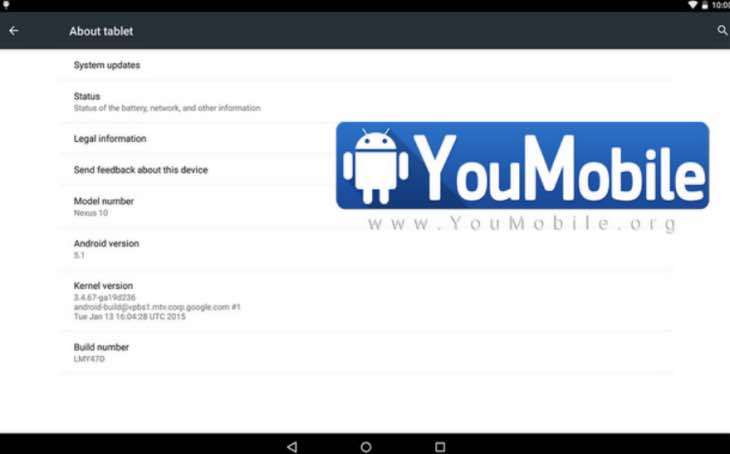 It really is refreshing to see Google going back to work on an older tablet, just to almost prove the point that they really do intend on keeping up support for official Nexus products as long as the hardware allows for it.

If you have your Nexus 10 at the ready now, you should go into your device settings and check to see if the OTA update is live in your region.

Let us know as soon as you are installing and what other improvements you notice. Image above is courtesy of YourMobile who already received the update.