We have some good news for Nexus 10 owners now as Google has just given everyone a teaser in relation to the forthcoming official Nexus 10 Android 5.1 update.

The tablet may be slightly ancient now after releasing in 2012, but that hasn’t stopped Google from abandoning their 10-inch tablet in terms of official support.

Following on from the Android 5.0 Lollipop update, we’re pleased to confirm that Android 5.1.0 for the Nexus 10 is coming too. 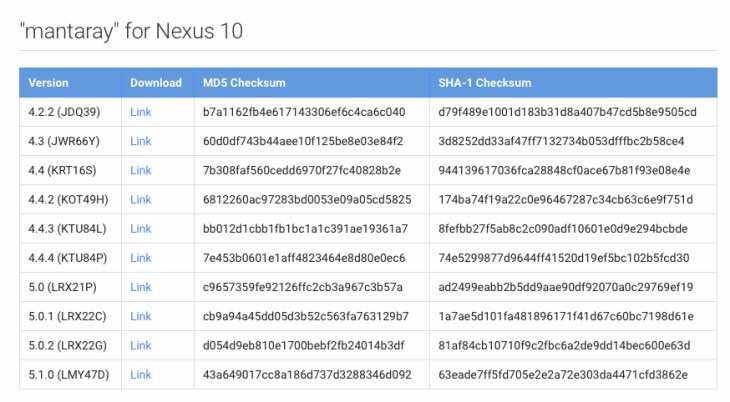 We know this, as Google has already uploaded the factory image for Android 5.1 ‘Mantaray’, which is the codename for the Nexus 10 internally.

Head to Google’s developer page if you know what you are doing and would like to get an early preview with the factory image. Are you pleasantly surprised that Google is still supporting the Nexus 10 with Android 5.1 Lollipop?