We could finally be just days away from the end of one of Google’s worst kept secrets. We know that the company has a Nexus 10 2014 model lined up as we’ve seen it in the flesh, but will we get an official unveiling at Google I/O next week?

The tablet has been the subject of rumors for a good two years now and it has also be the subject of plenty of disappointment for consumers, after hearing rumors and speculation come and go.

Google are set to show new hardware at Google I/O 2014 though and it definitely feels like the best time ever to drop a brand new Nexus 10 2 on the market. Apple are expected to unveil a larger iPad Pro or iPad Air 2 in September, while Samsung has already confirmed a brand new Galaxy Tab S 10.5 which will join the current Galaxy Tab Pro and Note Pro lineup.

Google will surely want a piece of the 10-inch tablet pie in 2014 so we would be surprised if we didn’t see an announcement in five days. With the event starting on June 25, the big question for us is whether HTC will be building the device ahead of heavy rumors suggesting that they have taken over from ASUS. 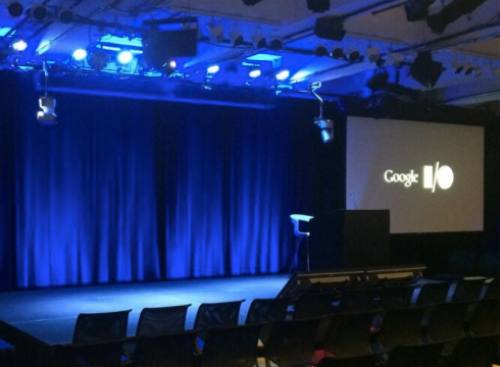 Everyone is expecting to see a HTC Nexus 10, but will Google deliver the goods? If we don’t see the tablet in five days, then will we still see it in 2014? Google I/O is the perfect opportunity for Google to send out a message at their very own event so surely it seems logical for them to give consumers want they want this time.

Failure to do so may just cast further doubt on Google’s ability to meet expectation when it comes to product demand. Consumers had told us that the last disappointment over the Nexus 10 resulted in them buying the Samsung Galaxy Note 10.1 2014 Edition.

Surely Google will not want to lose sales from those who will jump to the new iPad instead. If you are looking forward to the event next week, let us know if you also see a Nexus 10 announcement as a necessity.