Google sure likes to keep everyone waiting don’t they? Similar to a situation in the gaming world revolving around Nintendo and missing Pokemon content, Google has seemingly failed to communicate in a timely manner with their desperate fans who are craving to see a Nexus 10 2014 release date.

Especially coming in the midst of CES 2014 over in Las Vegas, where we’re yet to see any hint of movement from Google regarding the missing tablet. Eyes have naturally turned to alternatives now, notably what Samsung are doing with their interesting decision to go big with 12.2-inch Galaxy Tab Pro and Galaxy Note Pro models.

This week, we have heard rumors that Google has ‘changed’ the processor for the upcoming Nexus 10 tablet. You may have read that Google will now adopt a Tegra 4 processor as the main powerhouse under the hood. Back in November, we told you the very same thing – Tegra 4 on the Nexus 10.

This is coming from an apparent change from a Qualcomm Snapdragon 800 chip, which again isn’t anything ‘new’. Back in October 2013, we first referenced a Snapdragon 800 chip for the Nexus 10, so we’re not sure why these confusing rumors are again coming back to the forefront. 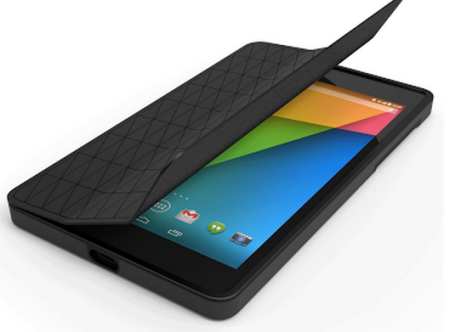 Tegra 4 looks like a certainty on the Nexus 10, which means that it is going to be a beast for gaming. The Nexus 7 2013 is already a fantastic tablet for gaming, but the Nexus 10 2014 could be the definitive ‘go-to’ tablet if you want to run every single game from the Play store flawlessly.

We do hope that Google announces something soon, as most of you will agree that the thin rumors are getting a bit tiresome now.

How long are you prepared to sit and put up with Google’s silent tactics?