Tinder was last updated on Android in April and March for iOS and some users are now eager for a new update. While most users were happy with the latest Tinder app update, it is clear that it is far from perfect, although we do notice that some of you seem to complain about silly things rather than working out how to overcome such issues.

The most current version of the Tinder app only addressed an issue with ordering cards and users being logged out for bad network connections, which was what sparked off the Tinder app not working frenzy. As you can see, the update never introduced new features, so what is it that you would like to see next from the app?

It does seem that an ongoing issue is that Tinder uses too much battery life, although we cannot be certain if this is a widespread issue, or just a small problem. Having said that, you have to expect some sort of drain on battery seeing as though you need to keep location and notifications turned on at all times. However, Tinder could make a few more software adjustments in order to help make it more battery friendly. 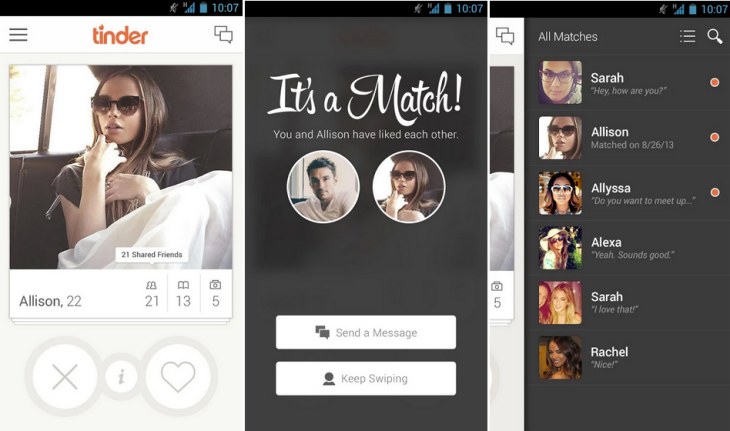 One new Tinder feature that keeps coming up time and again is something that goes against the app itself. It is common knowledge that you cannot have a second look at a potential match, but if you accidently swipe because you think you are in the pictures/profile phase of the person, then you can kiss goodbye to ever seeing that person again. Developers have been asked time and again to come up with some sort of solution. Has this ever happened to you?

It is easy to see that when you go to the Google Play Store, Tinder app developers take an interest in your thoughts, as they try to answer your questions, but have they ever acted on one and then implemented them by way of an update?