If you were expecting Thanos to arrive in the next Marvel Future Fight as part of the Co-Op World Boss Mode, think again as Netmarble has other plans up their sleeve.

In an amazing feat of creativity, the next Marvel Future Fight after 2.0 is going to be an epic rhythm battle featuring Starlord and Amadeus Cho – or that’s what the developers want you to think.

The artwork looks amazing as you can see in the teaser image below, oh but then you realise what date it is today and think to yourself hang on a minute. 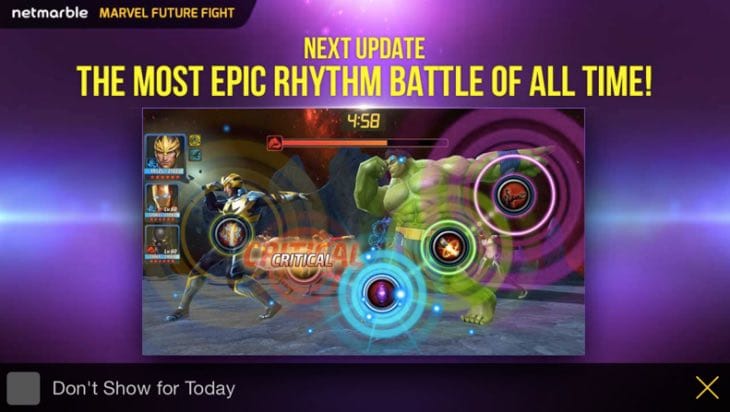 This is of course a rather delightful April Fools Day Marvel Future Fight treat and we have to say that it has been nicely done.

A rhythm battle between Star Lord and Amadeus Cho sounds hilarious and we’re willing to bet that many of you would still love to see it just for fun.

What did you think of the in-game message today – love it or hate it?